Villa reckons Wembley goal was his most important

Villa reckons Wembley goal was his most important

Speaking to an audience of youngsters at a UNICEF event in Dallas, David Villa explained that the most important goal in his career was the one he scored in the Champions League Final at Wembley last May. 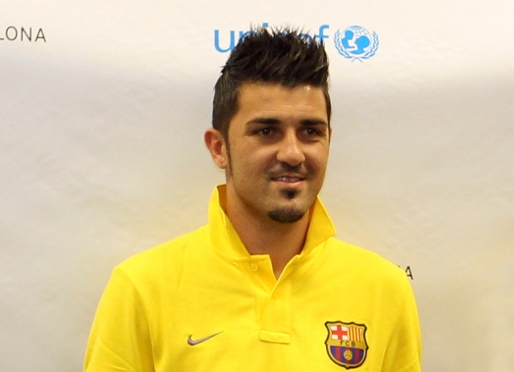 The event was held to strengthen links between UNICEF and the Club and took place at the Dallas Lakewest YMCA. It was attended by Villa and Thaigo Alcántara, on the day he was named in Spain’s squad for the first time.

One of the youngsters present asked Villa to name the most important goal of his career and the Barça man was quick to reply: “that goal at Wembley –because of where we were playing, for its importance in winning us the game – it just brought the trophy a bit closer”. He was equally speedy in reply to a question as to which was his favourite shirt: “my Barça shirt!” he replied immediately.

Thiago: “I hope to be at Barça for many more years” 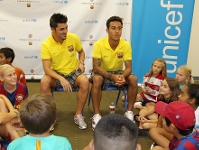 Thiago Alcántara answered questions about his arrival at Barça and explained: “I came to the Club when I was 15, but I played football from the time I was a little boy like yourselves. This is my sixth year at the Club, but I hope to be here for many more”, he concluded to a round of applause from part of the audience.

The final part of the event centered on advice for the youngsters in their aim to become professional footballers: “you have to make sure you enjoy yourselves - that will make you happy” commented Thiago, whilst Villa advised: “try and be good teammates and good people. Respect your fellow players, because this is a collective sport. At your age it is very important to make lots of friends”.

During the event, the Vice President of the Fundació, Ramon Pont explained that the Club intended to continue working with UNICEF: “because we are friends and share values. There is a lot of understanding between us and through sport we can help to build a better world”.