Guardiola will call on reserves to cover for Milito

Guardiola will call on reserves to cover for Milito

After praising Gaby Milito and his competitive desire, Pep Guardiola announced that he will cover the loss of the Argentinean defender with youngsters from the reserves. 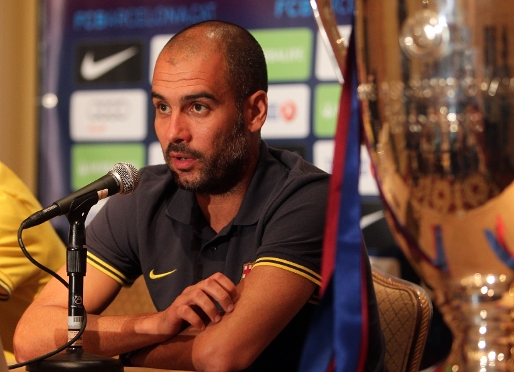 During his press conference in Dallas, Pep Guardiola also spoke of the death of ex-Club director Jesús Farga: “I would like to send a big hug to the family and his children, who I know personally, He was a great businessman for our country and around the world and he always had a strong link with the sporting world”.
“We have more than enough cover in the reserves”, declared Guardiola after it was announced that Gaby Milito would be leaving the Club and with players such as Marc Bartra, Marc Muniesa or Sergi Gómez who already have experience with the first team he certainly should feel confident.

Guardiola was full of praise for Milito –a player who won 10 titles in his time at the Club -: “I know very few players who have his competitive desire. He has always been an important player for the rest of the team and he needs to be playing regularly. It’s a privilege to have had him with us. He got a bad injury and many players at his age would have just let it go, but he didn’t”.

Alves and Alexis off on international duty 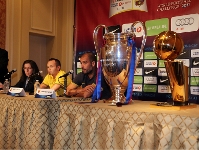 Guardiola also reacted to the news that he will be without Dani Alves and Alexis Sanchez –neither of whom has taken part in the pre-season so far- as they have to go off and play with their national teams: “that’s a battle that is lost. The national teams are in charge and I guess it will stay that way. We just have to live with it. We will have to compete and play well with the players we do have•, he concluded, with one eye on the Spanish Super Cup.

Getting into the right frame of mind

Guardiola also insisted on the need to focus his players for the upcoming Super Cup game: “preparation isn’t just physical or tactical- last season we came into the Super Cup without 8 or 9 players and we need to work in our heads to get to these games in the right frame of mind”- Guardiola also reminded reporters that last year his team played just three games before the Super Cup, whilst this year they will have played six.