FC Barcelona have reached the third and final city of their US Tour, touching down in 33 degree heat in Dallas at 11.00 local time. 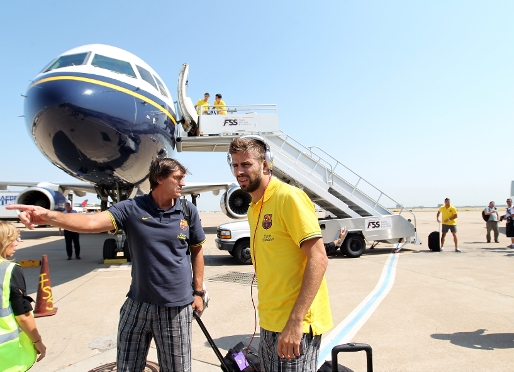 More info
Barça are in Dallas, a city they will be in for the next two and a half days before they fly back to Barcelona to prepare for the first official game of the season. After a night with not much sleep –the players didn’t get back to the hotel until 12.30 and were woken at 06.00 in the morning – the squad touched down in Dallas at 11.00, seven hours ahead of Catalan time. 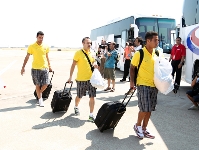 Barça will have to put up with the highest temperatures of the Tour so far. It was certainly hot and humid enough in both Washington and Miami, but in Dallas temperatures could reach up to 45ş. Training sessions will be set for early morning and late in the evening in order to avoid the very highest temperatures.

Gerard Piqué and Pedro Rodríguez will have a promotional event at the city’s Nike shop almost as soon as they arrive and then at two in the afternoon, Pep Guardiola and Andres Iniesta will hold a press conference at the Ritz-Carlton to present the game against Club America at the Cowboys stadium in Arlington.

The stadium is indeed one of the main attractions of the game during Barça’s first ever visit to the city. The stadium cost 1.200 million dollars to build and its giant LCD high definition screens help make it one of the most modern in the country.