FC Barcelona and Chelsea have reached agreement for the transfer of Oriol Romeu for five million Euros. 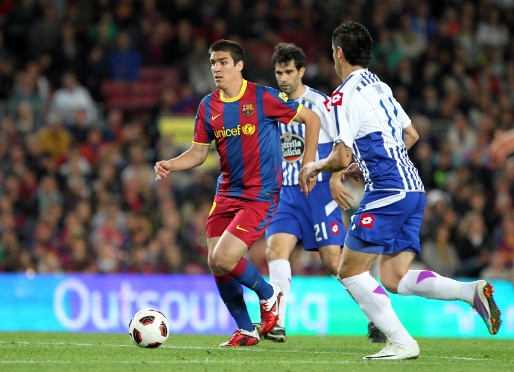 The deal includes a buy-back clause of 10 million Euros after a year, rising to 15 after the second year.

Oriol Romeu made his name with the Club’s child and youth teams not as a typical Barça midfielder, but rather as a tough tackling stopper.

Barça B drew 2-2 at Betis last season with a goal from Oriol Romeu, which typified his abilities. Romeu pressured for possession and fired home his goal under pressure when it looked impossible.

Romeu’s character, his aggression and his strong physique are the qualities which have distinguished the youngster since he joined the Club in the summer of 2004.

He joined the Club at the Infantil A level in the 2004.05 season and was supported by coach Sergio Lobera, who made him play as a defensive midfielder.

Playing alongside Riverola and Krol the three proved to be an impressive midfield and Romeu’s strength and good defending won over successive coaches at the Club.

Coming from Barça, Romeu is also of course comfortable on the ball, but what marks him as different is his ability in the air and all round strength and stamina.

In Luis Enrique’s first season in charge of the B team, Romeu, then still a Youth Team player, was given his head, starting the first game of the 08-09 season. He combined a successful campaign with the Youth A team and a number of appearances with the B team that year.

He made the move up to the B team squad the following year, whilst still putting in the occasional game for the Youth A team, and was a key part in the promotion winning team that season. 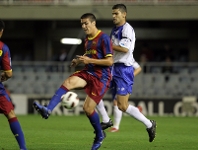 Last season saw Romeu make another big step and he made his first team debut in the first leg of the Spanish Super Cup in Seville. His importance with the B team grew until he suffered a bad injury at Las Palmas which kept him out for five months. He fought back from that though and was back in the team for the run in to the season’s finale, helping Luis Enrique’s youngsters to the best ever finish for a B team in Segona A.