Guardiola: “losing 1-4 is a step backwards”

Guardiola: “losing 1-4 is a step backwards”

Pep Guardiola is not unhappy with the work his team has been putting in during the pre-season, but is well aware that the first official games are on the horizon and last night’s defeat against Chivas was a backward step. 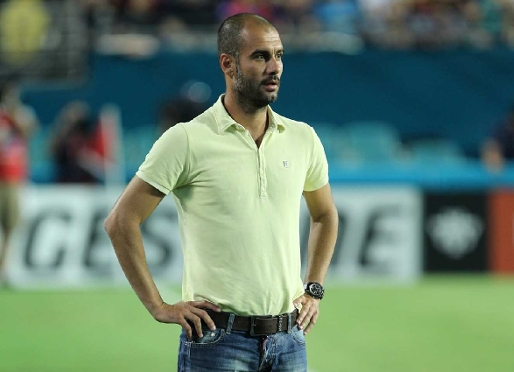 Image: Miguel Ruiz (FCB)
Guardiola showed confidence in his players though and in their ability to overcome the shortage of time they have before the Spanish Super Cup kicks off the season, whilst drawing conclusions from the defeat in Miami.

The boss reckoned: “we didn’t play badly, but when a team beats you 4-1, there are things that need to be put right. Both teams had chances in the first half tonight and we were in control in the second. We have our game sorted –now what we need is to compete”.

In all, Guardiola expressed himself happy with his players’ performance, but warned: “losing 1-4 is a step backwards. We are short of days and we will come into the season with just enough, but that’s the fixture list”. Barça are due at the Bernabeu on August 14th for the first leg of the Spanish Super Cup, with the return game at the Camp Nou on 17th.

Below are some of the post match comments from the players:

“I felt good - fast and sharp. Though we can take some positives, it’s hard after a defeat. We need to learn from our mistakes”.

“We are working hard to be 100% for 14th and we are confident that we will be in top condition for the game”.

“I spoke with the boss about how I was to play 15 minutes and I felt alright. Despite the defeat, it was good for me to get some game time in”.

“We have to get it into our heads that we have to compete now”.

“Happy with the minutes I played, despite the result”.

“Barça cannot sleep- we have to focus on doing things right”.

“We wanted to win the game whatever happened. Losing cannot be something we can think about”.