Adriano, who went to the Copa America but did not play in any matches, was one of the new faces at Barēa’s morning training session. The other was Marc Muniesa, who has been given the medical all-clear after training normally for several days. 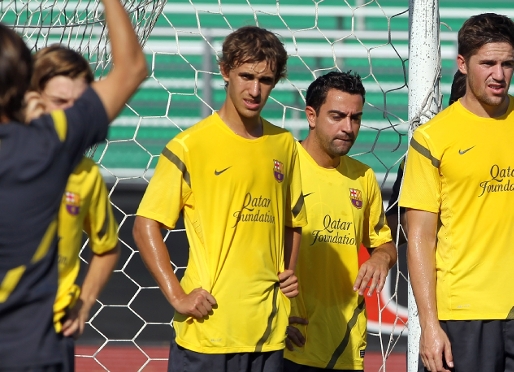 More info
Pep Guardiola has two more members of his squad back as he prepares for the 2011/12 season. Adriano rejoined the squad on Tuesday for training at the Cobb Stadium at the University of Miami. 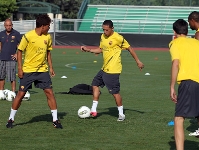 The players had already seen the Brazilian when he arrived at the hotel in Miami on Monday, but he was welcomed back onto the field today with a hearty round of applause. Adriano was one of the players who was allowed an extended vacation because he had been in Argentina for the Copa America, but as he didn’t actually play in any matches while he was there, he has come back earlier than Messi, Milito, Alves, Mascherano and Alexis Sįnchez, who are due back on August 8.

Marc Muniesa has been declared fully fit after tearing fibres in June and missing the Under 20 World Cup being played at the moment in Colombia. In his Monday press conference, Guardiola insinuated that there was a chance that Muniesa might get to appear in Wednesday’s match with Chivas. 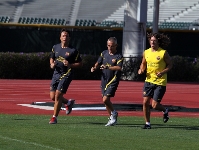 Afellay missed training today to concentrate instead on recovery work. Maxwell also worked in isolation due to abdomen trouble, and Puyol continued his treatment programme in the company of a physio. Jeffren was also absent, as he has been allowed to leave the group and negotiate his transfer to Sporting Lisbon.

Barēa have more training later today at 20.00, this time at the Sun Life Stadium, and the session will be open to the general public. Sergi Gómez and Gerard Deulofeu, who have just won the Under 19 European Championship with Spain, should be back under Guardiola’s orders in Miami this evening.