Barša arrived in Miami on Sunday night as the squad reached their second stop of the US Tour, where they will stay for the next three days until the game with Chivas de Guadalajara. 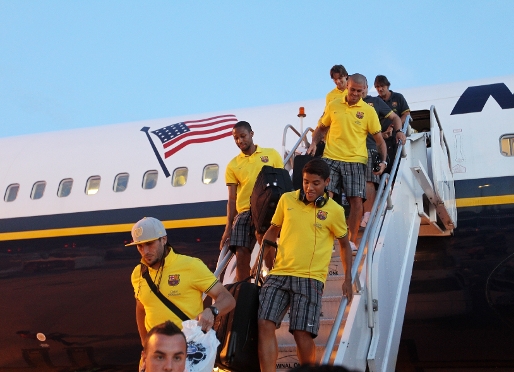 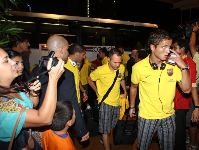 The team’s plane touched down just after eight local time and the players were whisked off straight from the runway to their hotel in the downtown area of the city. The players will be busy in Miami with a number of training sessions and promotional activities planned over the next few days,

On Monday, two players and representatives of the Fundaciˇ will take part in the presentation of the Soccer Alliance for youth development and healthy living between the Fundaciˇ FC Barcelona and the Fundaciˇ Pies Descalzos. Before that, Pep Guardiola and David Villa will take part in a press conference to present the game against Chivas de Guadalajara. Monday will also see a visit to a Nike shop in the city and two training sessions –both at Miami University.

One of the main events for the squad will be the return of Adriano after his time at the Copa America, on Monday afternoon. Club President Sandro Rosell, who was with the team in Washington, has returned to Barcelona together with director general, Antoni Rossich.