Afellay out for 4 to 5 weeks

Afellay out for 4 to 5 weeks

The thigh injury to Ibrahim Afellay was confirmed this morning, with Club doctors predicting a 4 to 5 week layoff for the Dutch winger. 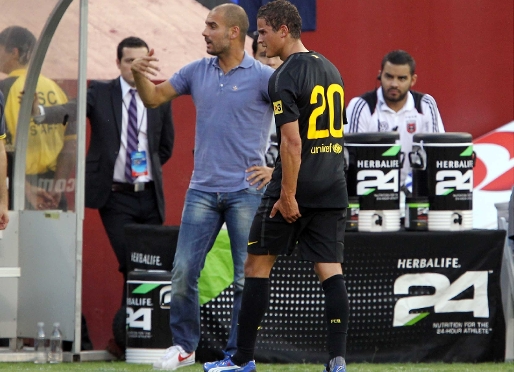 The Club’s medical services carried out further tests on Afellay when he got to the team hotel after last night’s game against Manchester United and concluded that the tear in his left thigh muscle would keep him out for between 4 and 5 weeks, confirming the original diagnosis made at the ground.

The injury came on 40 minutes, when the Barça number 20 pulled up holding his left leg as he felt his muscle go. He was then replaced by Isaac Cuenca..

Ibrahim Afellay has taken part in all four of the team’s pre-season games so far, playing out wide in all the games.