After a nine-hour flight, the Barça expedition has arrived in Washington D.C. at the start of their nine day US Tour. 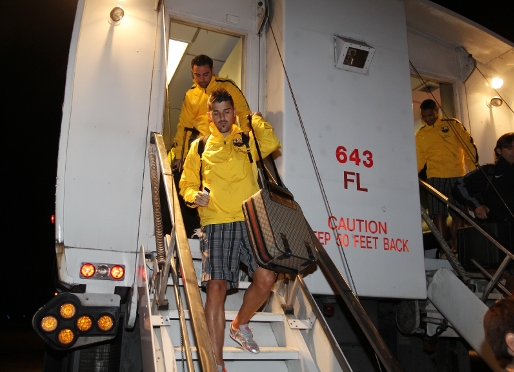 Foto: Miguel Ruiz - FCB
The party flew out of Munich airport straight after taking the Audi Cup with their win over Bayern and indeed the schedule for the flight was so tight that a number of fans and other members of the group had to leave the game at half time to get to the airport in time for their check in. 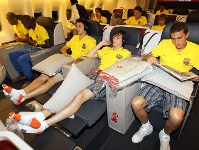 The squad and the accompanying press corps were the last passengers to embark and the plane took off for the States, arriving in Washington at 03.15 local time . There’s a long day ahead for the squad, with a gentle training session and then a press conference to present the game against Manchester United both scheduled for the first day of the Tour. There will also be the signing of an agreement with the Bill & Melinda Gates Foundation and the inauguration of the Penya de Washington DC.

The squad flew out on the same Turkish Airlines plane as for the Champions League final in London in May, and the Club sponsor has also given its name to the Tour –The Turkish Airlines US Tour 2011. The players were thus able to enjoy the maximum possible comfort during their flight, as they began the nine day tour which will take them to three US cities, before they return to prepare for the Spanish Super Cup.