Guardiola: "This is the way to compete well all year"

Guardiola highly values this first major test of the season. Despite being a friendly, Barça’s rival in the final was one of Europe’s top teams, and because of this the Barça manager believes that "the performance was very good". 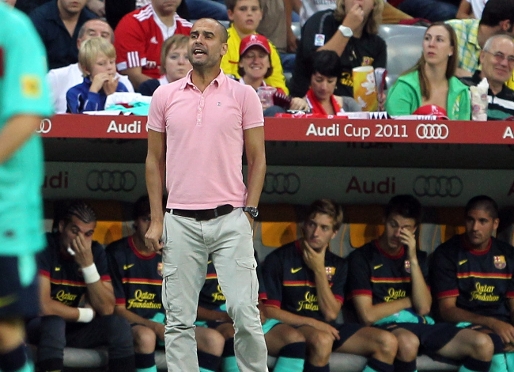 At this stage, at the start of the preseason, winning or losing games or tournaments is "secondary" for Pep Guardiola. He acknowledged this once the game with Bayern Munich was over and they had won the Audi Cup. In this way Guardiola takes from these two days in Munich the fact that he has had the opportunity to "play the games with players who I haven’t seen. Everyone has met our performance requirements, and we have been faithful to our style".

Guardiola congratulated the organisers of the tournament for the quality of the teams taking part: Internacional of Porto Alegre, Bayern Munich and Milan, making it "fantastic" for him. He stressed that "it’s really good for us to play from the start against such top level teams”.

Working towards the future

Another of the conclusions drawn by Guardiola is the style of play of these days "it’s the way to compete well all year", and he knows that on the road to follow "the best thing is to go bit by bit and do the right things in every game".

Thiago and the rest of the youngsters 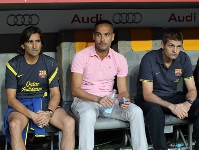 Thiago, with two goals in the final, was named 'Best Player of the game’, a trophy he repeated since he also won the award in the match against Internacional of Porto Alegre. Guardiola recognised that "Thiago is a special player. He wants a career in this world and we’re fortunate that we’ve produced another player in-house". But he stressed that Thiago is just another first team player, and during the season "there will be space and time for everything, and in this area he has to win his place in the team".

Guardiola didn’t want to forget about the other youngsters who took part and especially mentioned Jonathan Soriano, who has to return to Barcelona, injured. The manager also emphasised the fact that these players have had the chance to play "in front of 70,000 people. It’s a great experience for them".