Messi and Xavi, candidates for European Player of the Year

FC Barcelona’s Leo Messi and Xavi Hernández have been nominated for UEFA’s award for the best player of the 2010/11 season, along with Cristiano Ronaldo. The award will be presented on August 25 in Monaco before the draw for the Champions League. 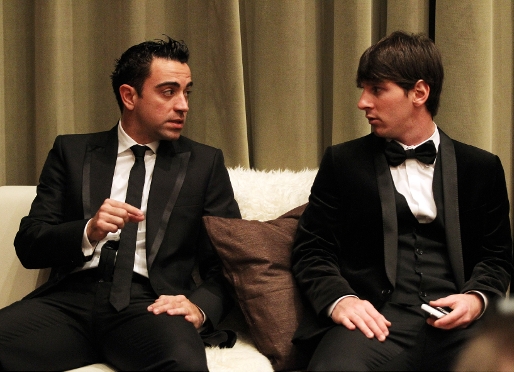 The UEFA Club Footballer of the Year is recognises the best player, regardless of nationality, who played in one of the 53 UEFA member states over the previous season. The jury is made up of 53 journalists from each of those nations and announced today that the three short-listed players are Leo Messi and Xavi Hernández of the latest Champions League winners, Barcelona, and Real Madrid’s Cristiano Ronaldo.

As well as the top three, the positions of the other players in the top ten were also announced. Two of these were Barça players, Andrés Iniesta, who came fourth, and Gerard Piqué, who cam ninth.

The winner will be announced on August 25 at the UEFA Champions League group stage draw. The 53 journalists will be casting their votes on the same day as the announcement.