Guardiola: “We played a serious game”

Guardiola: “We played a serious game”

The Barça coach was positive about the way his team played in their preseason opener in Split. He liked the second half more than the first. 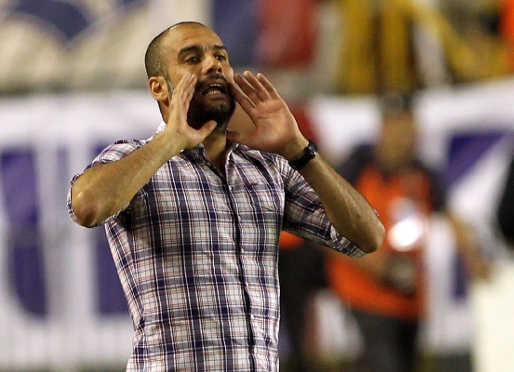 Pep Guardiola is pleased with what he saw in Split. His players performed well (0-0) away to Hajduk. “We have not had a long time to work together and we took youth players … so it was good, I’m happy. We played a serious game.” He added that the debut had served “to put some ideas forward and get some kilometres under our legs”.

Guardiola also admitted that “the second half was better than the first” and that he was “satisfied with the players that debuted”.

Iniesta and Fontŕs also spoke to the media:

“Alexis is a great player, Strong and fast. I hope he feels good and comfortable”.

“We’re sad Bojan is leaving because he’s a good friend”.

“It was hard, we’ve only been training a week, but we played a good game”.

“With the fans shouting it makes no difference if you are more concentrated”.

“I am very happy with my first game as a first team player”.

“I don’t feel responsibility, I feel excitement, work, sacrifice and the need to help the team as much as I can”.