Alexis Sánchez is Barça’s latest signing from Italian football, a market the club started discovering in the nineties and that it has widely exploited over the last decade. 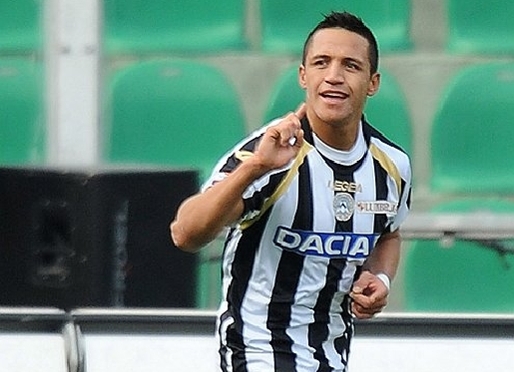 The first time Barça went to Italy in search of reinforcements was 1989, when putting together the Dream Team. Michael Laudrup was signed from Juventus to form a trio of foreigners along with Koeman and Aloisio. The Dane played for the club for five years, in one of Barça’s most glorious periods. Curiously, he was also substituted by a player from the Calcio: the Romanian Gica Hagi (Brescia). 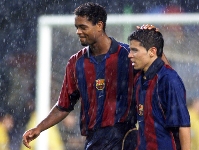 The signing of European players exploded following the Bosman Law, which opened the frontiers for European footballers in 1996. That summer, Barça regained Hristo Stoichkov and signed Fernando Couto, both from Parma. The next to arrive from Italy were Michael Reiziger, Winston Bogarde and Patrick Kluivert, after short periods at AC Milan.

From 2000 to 2004, a player came on loan from Serie A each season. That way, De la Peńa came from Lazio in the 2000/01 season. Next came full back Francesco Coco (Milan), the first Italian to ever play for FCB. In 2002, Lazio loaned Gaizka Mendieta at the start of the season. Argentine Juan Pablo Sorín came from Rome to Catalonia in the winter transfer window, although the rights to the player were still held by Brazilian outfit Cruzeiro.

Another great acquisition from Calcio was Edgar Davids (Juventus). In 2004, Barça signed the Dutchman, who was a key part of Rijkaard’s side’s recovery in the second half of the season. A year later, another winter signing arrived in the form of Demetrio Albertini, and he helped the side to the league title.

Couples from Juve and Inter

After winning the Champions League in Paris (2006), Barça agreed with the recently relegated Juventus to the transfers of Gianluca Zambrotta and Lilian Thuram. Since then, two other players, this time Maxwell and Zlatan Ibrahimovic from Inter, arrived at the Camp Nou (2009) from Italy. The next will be Alexis Sánchez.