Four years of precocity and goals

Four years of precocity and goals

Bojan Krkic is leaving FC Barcelona after having been brought up through the Barça youth and reserve teams, and having played four seasons with the first team. He’s scored 41 goals and has broken down several barriers of precocity. 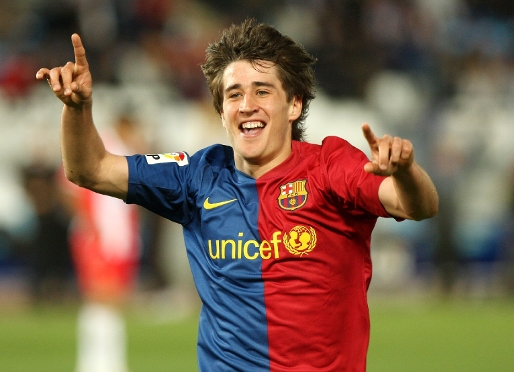 More info
With the transfer of Bojan Krkic , the youngest player in the squad in recent years, the number 9 is leaving Barça. The Barça forward, promoted to the first team in Frank Rijkaard’s last year, and consolidated under Guardiola, is leaingthe club with 41 goals scored (26 in the League, 9 in the Cup, 5 in the Champions League and 1 in the Spanish Super Cup) in a total of 163 matches.

The first goal, at 16 years of age

After passing through all the categories of the club starting with the Under 12’s, who he joined during the 1999/00 season, Bojan Krkic made the giant leap into the first team in the summer of 2007. It was Frank Rijkaard who had confidence in him, when he was only 17. His unofficial debut, however, had been before that in a friendly in Egypt, when he was 16. That day he scored. 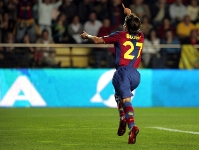 His scoring efficiency helped make him one of the most pleasant surprises of the 2007-08 season. He scored 10 goals in the League in his first year and 2 more in the Cup. With the number 27 on his shirt, Bojan set new records, like being the youngest player to debut in the Champions League with Barça (17 years and 22 days old), the second-youngest goalscorer in the history of the Champions League (17 years and 217 days) and the youngest goalscorer in the history of the Club (17 years, one month and 22 days). His first goal in the league was at Villarreal on October 20th, 2007.

Protagonist in the Cup

In Guardiola’s first year as coach, Bojan become one of the key players in the Spanish Cup. In this competition, the striker is one of the most decisive players and scored a total of five goals, including one in the Final in Valencia against Athletic Bilbao. Bojan, then wearing number 11, was part of the treble winning team at only 18 years of age. 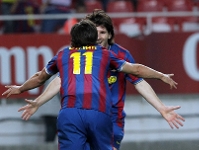 The season 2009/10, with Ibrahimovic as the other striker, Bojan played a more secondary role until the final stretch of the season, when he became a key player. His goals against Villarreal and Sevilla were crucial in helping the team to the second consecutive League title..

The 2010/11 season saw fewer goals from Bojan (just 7). However, he played more games than in 2009/10 and established himself as one of Josep Guardiola preferred options, coming off the bench. An unfortunate injury during the game against Almeria in April meant that he missed the decisive stretch in the League, and the Champions League semi-final against Real Madrid. His last goal as a Barça player, his41st, came in the away game in Malaga, from the penalty spot.