“We want another season full of success”

Pedro: “we want another season full of success”

Pedro Rodríguez spoke to reporters after training this morning and explained that the squad is excited about the season ahead and already working hard to ensure another successful campaign. 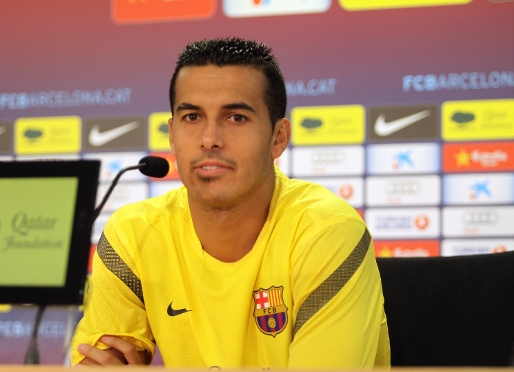 The Spanish World Cup winner reckons the squad have made a good start to their pre-season training “the sessions we’ve had have been hard, but we are getting into shape and working really well”.

Pedro believes that the maximum motivation for the team is their desire to continue winning titles: “we’ve got a tough season ahead of us with 6 titles to play for. We’re starting with plenty of enthusiasm and it’d be great if we could put in another season full of success”.

With expectation rising about new signings at the Club, Pedro was naturally quizzed about Alexis Sanchez and Cesc, both of whom he reckons will fit perfectly into the team, and after praising the South American’s speed and ability to pressurise, he explained: “we have a special thing with Cesc because of our experiences for Spain. If he comes he’ll be very welcome here”.

Barça’s first official game of the season will be in Madrid for the Spanish Super Cup, but Pedro insisted the squad weren’t looking that far ahead just yet: “we’ve got a tough pre-season schedule and we’ll be playing against some really good teams. I don’t know how Madrid will go into the game, but we will be playing with the same philosophy of the game as always”.

“All I can do is work hard”

Pedro wants to continue working hard and learning this season, but he knows that whether he plays or not is down to the manager: “I’m here to do what the coaches tell me to . It’s not up to me whether I start or not – all I can do is to work hard, as always, and I’ll continue to do that to try and improve and learn”.