"We’re the team to beat"

Xavi: "We’re the team to beat"

Xavi considers it an advantage having been able to rest during the summer and to have time to prepare well for the new season. The midfielder feels that team motivation is intact and that Barça is the team to beat. 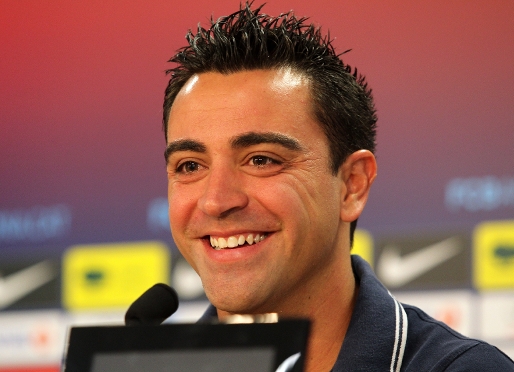 Xavi is the first player to meet the media at a press conference this season. Xavi explained that he is fit and why he’s started doing some specific work: "I have a little discomfort in the heel and last year I suffered with my achilles tendon, so it’s better for me to work away from the main group" he said. The player said he hoped to join up with his teammates very soon.

The maximum number of titles possible

With regard to the team’s ambition he said that they would try to win the maximum number of titles possible, and explained that the Super Cup would be the first one to fight for, but that, throughout the season, there will be "more important trophies" than this.

No intention to offend

Regarding his statements at his summer campus a week ago, Xavi said that he was only thinking of the best for Barça and Cesc: "I'm sorry, my intention was not to offend either Wenger or Arsenal," he explained.

The more the better

Xavi is pleased with the coming of age of Fontŕs and Thiago, players he considers ready for the first team. Regarding the large number of midfield players, he is of the opinion that "the more players there are that can play in midfield the better. We are all compatible".