FC Barcelona begin their pre-season on Monday, with 18 players from the squad under Pep Guardiola’s orders with a hard week of training ahead of them and the first friendly of the campaign on Saturday against Hajduk Split. 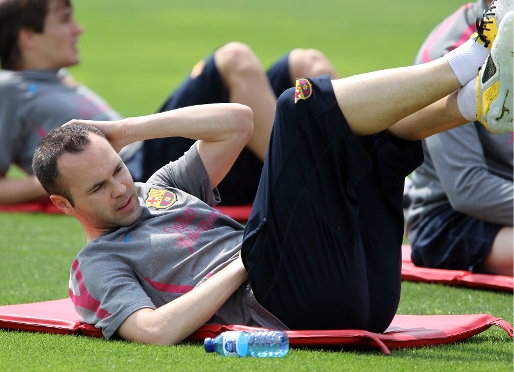 The players will have double sessions of training until Friday, after going through the standard medical tests on Monday, and then fly out to Croatia on Saturday.

The squad have been called up for medical tests from eight o’clock at the Hospital de Barcelona and the Medical Centre at the Camp Nou. The tests will allow the coaches and medical staff to evaluate the players’ overall condition after their summer break. In the evening the squad will train at the Ciutat Esportiva Joan Gamper.

From Tuesday to Friday, the players will have both morning and evening training sessions, starting at 9.00 and 19.00. After Tuesday morning’s session, Pep Guardiola will give his first press conference of the season and on Wednesday, Thursday and Friday a member of the squad will face the media after morning training.