Napoli to play in the Gamper

Napoli to play in the Gamper

FC Barcelona will entertain Napoli in the Joan Gamper Trophy next August 22. It will be the first time the Italian outfit has appeared at the Camp Nou. 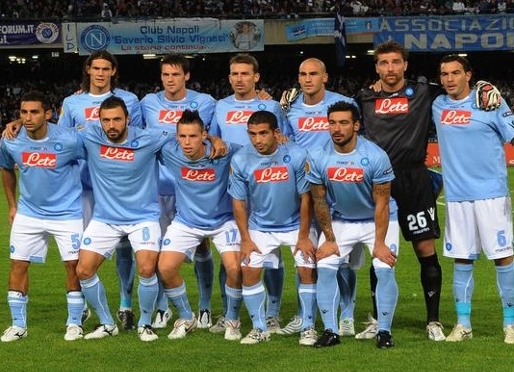 Image: www.sscnapoli.it
Napoli finished third in Serie A season, and will provide interesting preseason opposition for Barcelona in what will be the 46th edition of the ‘Gamper’, to be played at the Camp Nou on August 22, after the first game of the Liga season.

Curiously, despite being two historic clubs, Barça and Napoli have never met in an official encounter. Their only previous meeting was in a friendly on May 25 that ended one apiece.

The Neapolitans will be featuring in this season’s Champions League, and their star players include Argentine international Ezequiel Lavezzi, who is currently playing in the Copa America, Slovakia’s Marek Hamsik and another Copa America star, Edinson Cavani od Uruguay, plus former Espanyol man Víctor Ruiz.

For the 2011/2012 season, the club has invested in further reinforcements, including midfielder Gokhan Inler of Switzerland from Udinese, and Marco Donadel, who was signed from Fiorentina.