Barça will face Girona in the Nou Estadi, Tarragona in the semi finals of the Copa Catalunya on Monday, August 8. The other semi final is between Espanyol and Nŕstic. 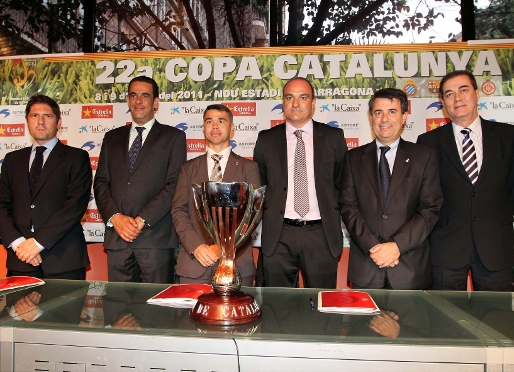 The 22nd edition of the Copa Catalunya was decided on Tuesday, which is actually the one for the recently finished 2010/11 season. The completion will be played on Monday 8 and Tuesday 9 of August at the Nou Estadi in Tarragona. Barça will face Girona (21.45), after the first semi final between Espanyol and Nŕstic (19 hores). The final will be on Tuesday at 21.45.

Just after the tour 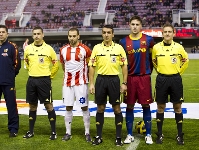 Barça have a hectic August ahead of them. They travel to the Copa Catalunya just a few hours after they get back from the United States, where their final match is on August 6 against Club America. The weekend after they have the first leg of the Spanish Supercup (August 14, Santiago Bernabéu).

Opponent of Barça B

Girona is one of the teams playing with Barça B in the Second Division. Coached by Raül Agné, they finished eleventh last season. They won 2-1 at the Miniestadi and then lost 2-0 at home to the FCB reserves.

The draw, held in the Colet Museu, Barcelona, was attended by the General Secretary for Sport, Ivan Tibau, the President of the Catalan Football Federation, Andreu Subies, and representatives of the four clubs taking part. Director Josep Ramon Vidal Abarca represented FC Barcelona.