The Copa America quarter finals have been confirmed, in which Argentina will face Uruguay and Brazil take on Paraguay. The other games are Colombia v Peru and Chile v Venezuela. 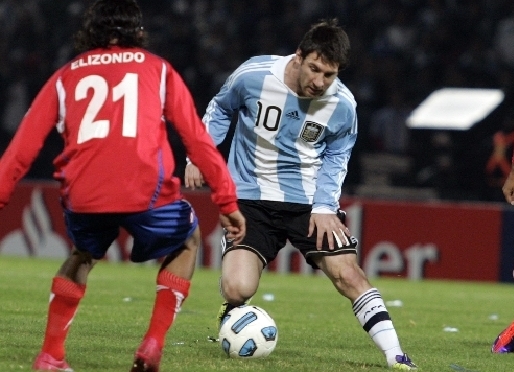 The Copa America is really heating up. From Saturday July 16, the quarter final matches get under way and the first team into the last four will be one of Colombia and Per, who play at 21.00, CET.

Messi, Mascherano and Milito versus Uruguay

The most enticing game comes late Saturday night (early Sunday morning) at 00.15 CET. Hosts Argentina, with Mascherano, Leo Messi and Milito in the side, will be facing a strong Uruguay team that includes Diego Forlán and Luis Suárez, another of the big favourites to win the oldest trophy in international football. These two countries have won 28 of the 42 tournaments played to date, having both won the event a record 14 times. 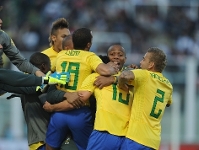 Alves and Adriano on Sunday

Brazil will be playing a team they already met in the groups, Paraguay. The ‘canarinha’, coached by Mano Menezes, qualified with a 4-2 win over Ecuador last night and finished top of their group, thus avoiding a clash with Chile. Dani Alves and Adriano Correia will therefore be heading for La Plata, where they play on Sunday at 21.00 CET against a tough opponent.

After that, late Sunday night, early Monday morning at 00.15 CET, Chile and Venezuela will be battling for the last semi final berth.

Argentina and Brazil cannot face each other until the final, if they get there. If Messi, Mascherano and Milito’s team beat Uruguay their semi final opponent will be Peru or Colombia.

As for Dani Alves and Adriano Correia’s Brazil, if they get past Paraguay, next upm will be the winner of the quarter final between Chile and Venezuela.