Record after record. Only the best player in the world can accomplish goals beyond the reach of most other players. Leo Messi is breaking all records and exceeding all limits. His latest feat is that he’s played 65 matches this season. 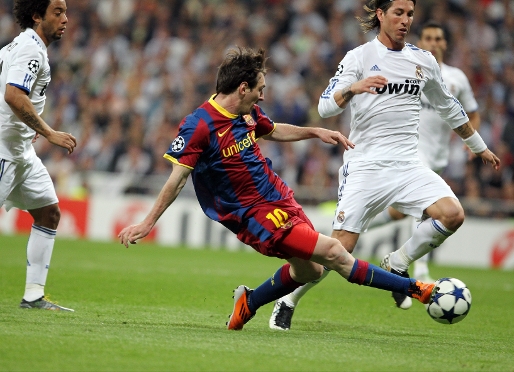 65 games that began on 21st of August, in the second leg of the Spanish Super Cup against Sevilla, where Messi scored his first hat-trick of the season.

In the next game he played in, at Racing, Messi scored the fastest goal of his career, just 3 minutes into the match, becoming the 3rd leading scorer in club history with 131 goals. 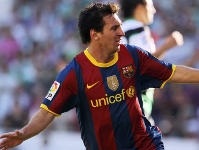 After putting together a streak of 10 consecutive games, scoring in all of them, he was nominated, along with Iniesta and Xavi for the Golden Ball award. On 10th of January, Messi became the youngest player ever to collect the award for the second consecutive time.

Leo has also broken records in the Champions League, being the top scorer for the third consecutive year with 13 goals.

As well as scoring in the Rome Final in 2009, he also scored at Wembley, where he got Barça’s second goal, the first one he had scored on British soil. Messi was named man of the match and recorded his fifteenth title with Barça.

After qualifying for the quarterfinals of the Copa America with Argentina in a game where he was just brilliant, Leo Messi can play even more than the 65 games, establishing an unbeatable record, and the best player in the world has only just turned 24.