A week until training restarts

A week until training restarts

There is just a week to go before the typical images of the start of the season are back: the medical tests before the players start training. Next Monday the players are due back to begin preparations for the 2011/2012 preseason. 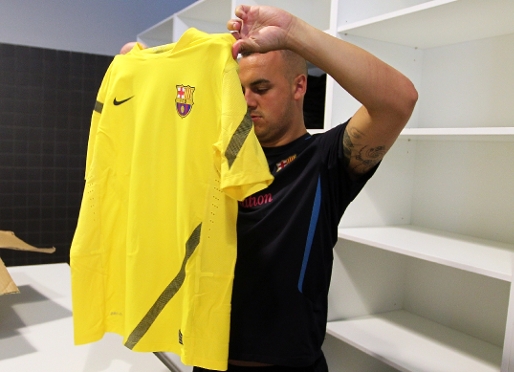 More info
It is hard to believe, but it is six weeks since the players posed for pictures with the trophies they had won and set off on their respective summer holidays.

Today the people responsible for the materials started getting everything ready at the Ciutat Esportiva to make sure the players have all that they need when training resumes on Monday. 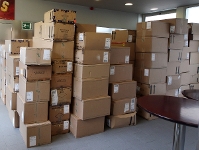 Unlike in World Cup and European Championship years, most of the players have had a nice, long break in 2011. The exceptions are the four South Americans playing in the Copa Amčrica and Thiago, Bojan and Jeffren, who played in the European Under 21 Championship, but all of the other players have had over 5 weeks to rest.
In fact, some players, like Xavi o Puyol, who didn’t play in the end of season internationals, have had 7 weeks off, a veritable luxury at this level.

It is well known that in sport it just important to train as it is to get some time to recover. Other than appearing at one or two summer coaching camps or public events, and Thiago and Pedro renewing their contracts, most of the players have been able to totally disconnect from the football world, which is in total contrast to last year, when 8 of the squad were in the Spain team that won the World Cup.

So, there is just a week to go before they are arriving back at the Ciutat Esportiva with their batteries recharged and ready to continue the amazing job done over the last three years.