Barcelona and Malaga meet again on the first match-day

Barcelona and Malaga meet again on the first match-day

Pep Guardiola’s Barēa will open their League campaign against Malaga, but it’s not the first time that has happened: in the 2000/01 season the two teams played against each other in the first game of the season. 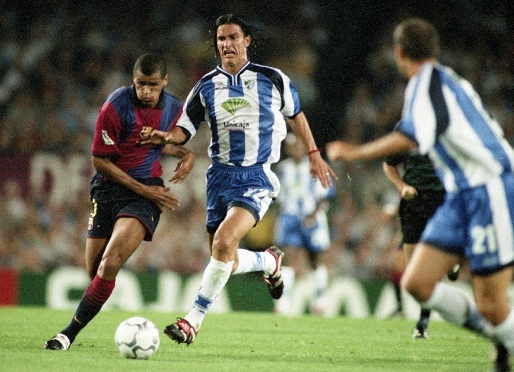 Eleven seasons ago, FC Barcelona and Malaga welcomed the start of the Spanish League at the Camp Nou. The result was 2-1 in favor of Barēa with two goals from Rivaldo. Now, history is repeating itself, but with several changes since then. 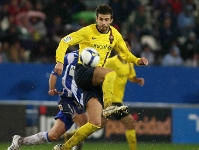 On the 21st or 22nd of August, although the exact day is not known yet, they’ll meet again, but this time the game will be played in Malaga. It also happens to be the case that last season, 2010/11, Malaga and Barcelona played the last game of the season in Malaga, which Barēa won 3-1.

Malaga has seen change in recent months due to the large investment made by Sheikh Bin Nasser al-Thani to strengthen the team. The aim of Malaga is to be up with the best in a short time, and this has meant the arrival of proven players like strikers Ruud Van Nistelrooy and Joaquin Sanchez, defender Joris Mathijsen, and midfielder Jérémy Toulalan. Other players have signed, who hope to make big names for themselves, like full-backs Nacho Monreal and Sergio Sanchez and Italo-Argentinian forward Diego Buonanotte. 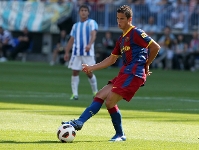 All wins in the Guardiola era

Since Josep Guardiola took over the first team in the summer of 2008 Barēa has won all the away games in Malaga. In his first season, Barēa won 4-1 against the team then coached by Antonio Tapia. The following year, in 2009/10, Guardiola's side won by a comfortable 2-0 in a match that can be remembered for the tough marking on Leo Messi. Last season, 2010/11, the match ended in a clear 3-1 win for Barēa .