FC Barcelona has announced an agreement with Pedro Rodríguez for him to stay at the Club for one more season, until June 30, 2016. His buy-out clause has been increased from 90 to 150 million euros. 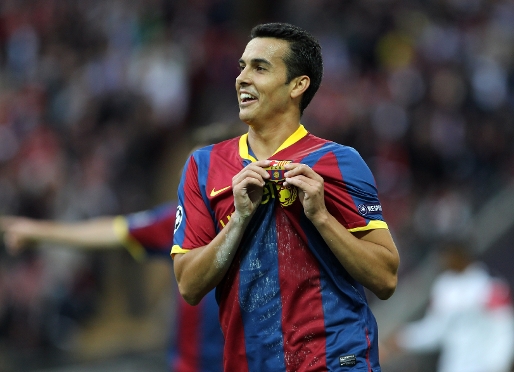 He will sign on Thursday at around 11.30. After that, he will be appearing for photographs outside the FC Barcelona offices.

Pedro Rodríguez joined the Club in the summer of 2004 and played for the Youth A and Barça B teams for four seasons before making the leap to the first team in the 2009/10 season, when he appeared in 52 games. That season, Pedro scored 23 goals in all competitions, and maintained similar form in 2010/11, netting a further 22 times.

It was Frank Rijkaard who handed him a debut in 2007/08 and in 2008/09 he divided his time between Guardiola and Luis Enrique’s teams. Since his promotion to the first team, Pedro has shown just what a decisive striker he can be for FC Barcelona. He can play either on the right or the left and is a crucial component of the team’s pressure game.