Fontŕs to get first team place

Fontŕs to get first team place

FC Barcelona has informed Andreu Fontŕs that he will be playing with the first team in the 2011/12 season. His buy-out clause will be automatically raised to 30 million euros. 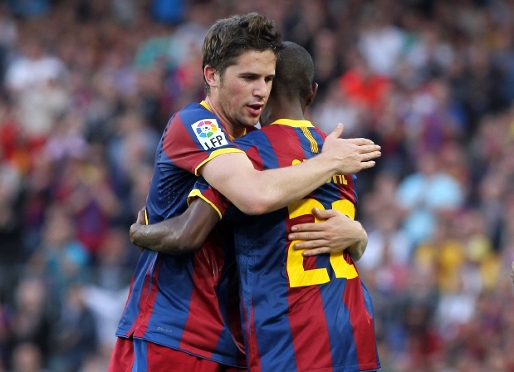 D’aquesta maneraAs well as this raise, Andreu Fontŕs, who has a contract until 2012, renova automŕticamentwill also automatically extend said contract with FC Barcelona to June 30, 2013.

Andreu Fontŕs, a regular in Luis Enrique’s Barça B, was temporarily promoted to the first team on March 16, 2011 to provide cover for Éric Abidal, who had been diagnosed with a liver tumour. Fontŕs continued working with Josep Guardiola until the end of the season and appeared in eight games. But he had already made his first team debut in the 2009/10 league campaign against Sporting Gijón at the Camp Nou (3-0).

Andreu Fontŕs joined the club from Girona in 2007. He played in the youth team for a season, and for Barça B for two and a half years before moving up to the first team.