It is forty years today since the 1970/71 cup final between Barēa and Valencia, after the latter had won the league thanks to a better goal difference than the Catalans. 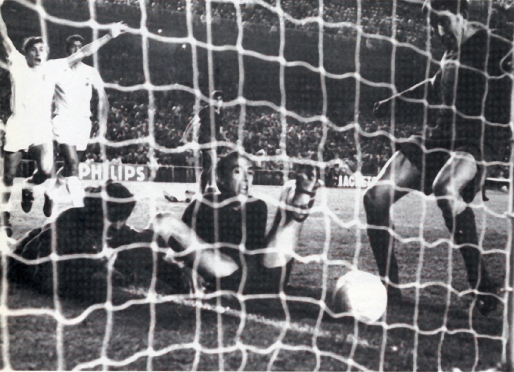 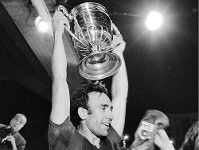 Valencia opened the scoring through a Claramunt penalty, the only goal of the first half. Valencia then extended their lead thanks to Paquito and looked to be headed for the title when Fusté first and Zabalza second pulled things back to two each. Extra time was an absolute thriller. Zabalza put Barēa in front (3-2), before Valdez equalised (3-3). Finally, Alfonseda (the current president of the FC Barcelona Veterans Group), scored FCB’s fourth in the seventh minute of the second half of added time to settle the result in favour of his team.

Valencia’s Sol was sent off in the second half and Barcelona’s Gallego suffered an injury that meant he was hardly able to do anything in extra time. But it was a truly epic final, one of the most incredible that Barēa have ever played in. 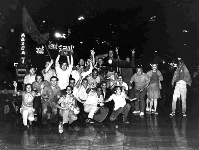 The Rambla de Canaletes was the venue for the usual celebrations, with thousands turning out to wave Barcelona flags despite the heavy rain. When the players returned, they were given a hero’s welcome by Mayor Josep Maria de Porcioles before displaying the trophy to the adoring crowds in Plaēa Sant Jaume. They also offered the trophy to the city’s patron saint, Mercč.