Piqué marks three years back at the Club

This Sunday marks the third anniversary of Gerard Piqué’s arrival at the Club from Manchester United and during that time his importance to the team has grown to such a point that he is now a key part of Guardiola’s set up. 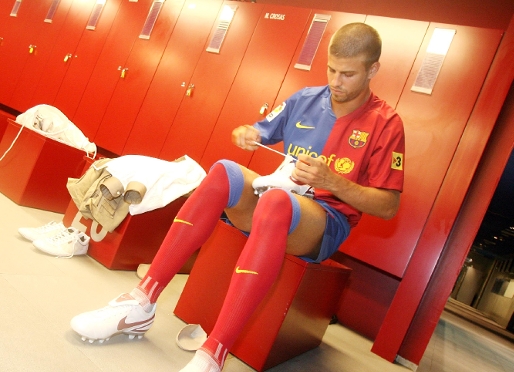 “I’m coming here to win titles” declared the Catalan defender on his return to the Cub on July 3rd 2008 and he has certainly done that – winning the treble in his first season and going on to enjoy much more success in the next two campaigns.

Increasingly important to the team

After leaving the Club when he was 17 to join Manchester United, he returned when he was 21 and in his first year back he played a total of 45 games - 25 in La Liga, 14 in the Champions League and 6 in the Spanish Cup, putting in a total of 4,112 minutes and scoring twice, including one in the 2-6 win at the Bernabeu.

He played an even bigger part the next season, 2009/2010, making 49 appearances spread across the six competitions the team were involved in –League, Champions League, Cup, European and Spanish Super Cups and the World Club Cup. He also scored four more goals –all from corners.

Last season saw Piqué break all his records, playing in 51 games for 4,549 minutes –despite the efforts of the 2010 World Cup in South Africa and he again picked up a Champions League and a League medal.

He has already played a total of 145 games and at just 24 is one of the pillars of Guardiola’s team at the heart of the defence. He is a solid defender and quick to the tackle, as well as more than capable of coming out with the ball to set up attacks.

Since his arrival in 2008, Piqué has won a total of 11 titles - 3 leagues, 2 Champions Leagues, 2 Spanish Super Cups, 1 Spanish Cup, 1 European Super Cup and 1 World Club Cup- An impressive list, but one that he is determined to add to over the next few years.