New signings and improved performances from some of its players have turned Arsenal into a better side, currently lying second in the Premier League. Cesc Fŕbregas, despite his injury problems, remains the team leader.

Barça knows all about its opponent in the last 16 of the Champions League. The two teams clashed in last season’s competition and had the time to get to know each other well. Arsčne Wenger’s young side likes to play the ball around but is vulnerable when it loses possession. 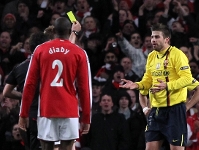 That was seen in the first leg of the Champions League quarter final in 2009/10. Barça dominated the first 69 minutes of the game, creating loads of chances and two great goals scored by Ibrahimovic. Then Walcott came on and turned the game around, with the Londoners managing to get two back for the draw. Cesc Fŕbregas scored the second from the penalty spot but in so doing injured himself and missed the return leg.

At Camp Nou, Arsenal took an early lead through Bendtner which was met by a master class from Leo Messi. The Argentine’s impressive four-goal haul got Barça through to the semi-finals.

Cesc Fŕbregas is still Arsenal’s leader, in spite of the injuries that have kept him off the pitch for much of this season. The midfielder might be able to make his debut at Camp Nou in a competitive match, as so far he’s only played there with the Catalan national side. 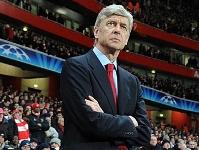 Cesc’s long injury lay offs have meant that Nasri has been the key player for the London outfit so far this term and the Frenchman has notched some excellent and valuable goals. He is well shielded by Song in midfield. Another important player at Arsenal is Chamakh. Signed from Girondins, he is confirming his reputation as a goal scorer in England. Wenger has also reinforced his defence with another compatriot, former Seville player Squillaci. Arsenal will be without full-back Sagna who is suspended for the first leg.

This Arsenal is a much more consistent side. It is performing well in the Premier League and is currently second, two points behind Manchester United. However, it has come off second best in big games with other title aspirants such as Tottenham and Manchester United. It still has to step up to the plate in key matches.

It finished second in its Champions League group behind Shakhtar Donetsk, the surprise of the first stage of the competition.

Repeat of the Paris final

Apart from being a repeat of last year’s quarter final clash, the Barça v Arsenal tie also harks back to the Champions League Final in Paris in 2006. Frank Rijkaard’s Barça saw off Henry’s Gunners to lift its second European Cup.

A few years beforehand the two sides had also gone head-to-head in the first group stage of the Champions League in 1999/00. Then there was a 1-1 draw at Camp Nou followed by a sensational victory for the Catalans in London where Arsenal hosted them at Wembley and went down 2-4. So history is on Barça’s side. 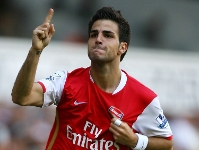 Second time at the Emirates

Barça first played at the Emirates Stadium on 31 March this year. Arsenal has been playing at the 60,000-seater venue since 2006.