Since Pep Guardiola and Mauricio Pochettino took over at Barça and Espanyol, they have both made a big commitment to young players and more than half of the players used by both teams this year have come up from the youth teams and the main backbone of both teams are home grown players, particularly for Barça. 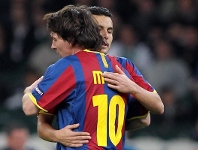 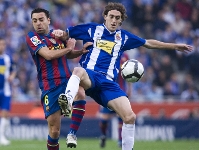 Pochettino has also shown his confidence in Espanyol’s youngsters, with striker Álvaro Vázquez the latest promise to come through. Of the 27 players used, 14 are from the club’s youth teams, although the four players who’ve played most minutes - Callejón (1215), Forlín (1258), Luis García (1203) and Verdú (1146) have been bought in. The home grown players at Espanyol have played 39.7% of the time so far in the league – 5847 minutes. 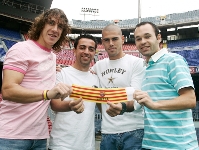