Josep Guardiola is fully impressed by Barça’s opponent on Sunday, Real Sociedad. “They are a historic club with a long tradition” he says. “It is no coincidence that they’re doing well.”

“I have watched them and I’m very impressed. They look after each other and play a very direct game. They bring the ball up the wings, get there and cross. They create a lot of danger. They play deep and create pressure.” But will they do that at the Camp Nou? Says Guardiola: “I don’t know what Lasarte will do. I saw how they played against Madrid, against Sporting... I get the feeling that if they think they can score, they’ll try”. 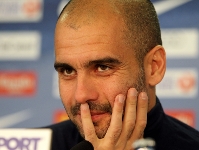 Turning to his own team, he said “I think we’ve had a good first half of the season. You can always do things better, but the players are very, very stable … But we have also played very well at other times. The important thing is that all of this can make the fans happy”. 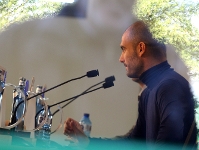 He was also quizzed on the Champions League draw to take place next Friday. Guardiola made it clear that “I don’t want the French. They are very strong and I don’t like them … Marseille is physically very strong, they’re animals. It’s very hard to play there. And we know all about Lyon”. 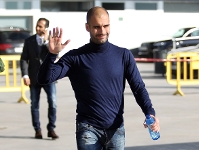 Josep Guardiola also spoke about the new shirt deal with Qatar: “When a team with the history that FC Barcelona has does a thing like that, there’s bound to be debate. Javier Faus has given the reasons and I don’t know what the club’s finances are like right now, but they have to make the best decisions for the club. If this can help improve the figures, then go for it. They, like everybody, are only thinking about the club’s best interest”.