Barça now know who their possible rivals will be in the first knock out stage of the UCL, with Inter, Milan, Marseilles, Olympic Lyon, Roma and Arsenal all possible candidates in the draw set for December 17th.

With the Group stages finishing on Wednesday night, Barça now know the six possible rivals awaiting them in the next knock out round. As Group Winners, they cannot be drawn against the top teams in the other groups, or Copenhagen, who finished second in the same group, or Spanish team Valencia. With the second leg certain to be at the Nou Camp, Barça could find themselves up against Inter, Milan, Marseilles, Olympic Lyon, Roma or Arsenal.

The draw for the last 16 will take place in UEFA HQ in Nyon on Friday December 17th at 12.00. Below we analyze Barça’s possible opponents:

The last team to beat Barça in Europe finished second to Spurs in their group after losing 3-0 to Werder Bremen in the final game. The current champions retain the backbone of the team who denied Barça last season, including the competition’s leading scorer Samuel Eto’o, but with Mourinho gone, Rafa Benitez is struggling to keep up the quality and Inter currently lie fifth in the Italian league, 10 points off the leaders. 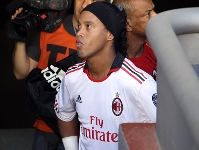 The seven times winners finished second behind Real Madrid and Massimo Allegri’s new project has taken the team to top spot in the Italian league, with 10 wins from 15 games so far. Barça faced Milan in the Gamper Trophy this season and before that the last time the two met was in the semi finals of the 2006 competition which Barça won in Paris. If the two meet again this season, the game will see the return of Ronaldinho and Ibrahimovic to the Nou Camp.

After 18 years, Marseilles again won the French Championship last season and their good moment of form was confirmed in the 1-0 win over group winners Chelsea on Wednesday. Coached by Didier Deschamps, Marseilles can count on players such as Lucho González, Heinze, Azpilicueta (currently injured), Valbuena or Brandao and have never played Barça in Europe. 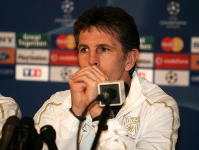 Although they no longer dominate the French game so completely, Lyon have maintained their European reputation and reached the semi final of this competition last season. With a large, quality squad, Claude Puel’s team finished behind Schalke 04 and currently lie fifth in France. Their games with Barça have become a fixture of the Champions League and the two last met in the last 16 of the 2008/09 competition.

The third Italian team who could face Barça are Roma. Coached by Claudio Ranieri, the Italians still look for inspiration to veteran Francesco Totti, who also featured in the only UCL meeting between the two teams in the 2001/02 season. Roma finished second in their group behnd Bayern Munich, but have been inconsistent in “El Calcio”, currently lying eighth, ten points adrift of Milan. 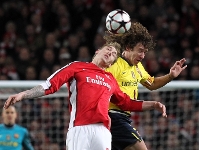 Arsene Wenger’s exciting young team saw their hopes of winning their group frustrated by Shaktar and the Gunners have had to settle for second spot. Led by Cesc Fŕbregas and boosted up front this year by the addition of Chamakh, Arsenal are one of the strongest teams in the draw and lead the Premier League, ahead of Man Utd and Chelsea. They crashed out to Barça in last year’s quarter finals after two thrilling games. 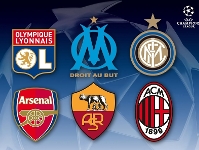 To mark the fact that this year’s final will be played at Wembley Stadium, the legendary Bobby Charlton, who won the 1966 World Cup and the 1968 European Cup at Wembley, will make the draw for the last 16, when the draw for the quarter finals will also be made.