Pinto: “Whoever we get, it will be difficult”

Pinto: “Whoever we get, it will be difficult”

José Manuel Pinto, who played in goal against Rubin Kazan, has said he doesn’t mind what team Barça are drawn against in the next round.

The draw will be held on Friday December 17, and Barça will be seeded after winning their group. Naturally, people are already looking at possible opponents, but the FCB players are simply saying that all the teams in the draw can potentially difficult. Said José Manuel Pinto: “I don’t care who we get. The teams that are left are all top notch … Whoever we get, it’ll be difficult”.

Pinto was pleased with the way the competition has gone so far: “We feel good about it. It was a nice group with some good results. We have to carry on like that”. 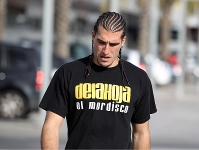 One of the positives from the games with Rubin was the way so many young players were able to perform so well. “They have already learned well. When they move into the first team, they don’t find any big differences … they play freely. They are unreserved footballers”.

Pinto also spoke about FCB getting all three nominees for the Ballon d’Or. “The Barça system looks after its playing philosophy, and all three of them form part of that” he said. He was proud for all of them and added “whoever wins, it’ll be a reward for the whole squad”.

“We feel a bit hurt”

As for the controversial trip to Pamplona, Pinto defended his people. “It’s as if we’re to blame, but we were just victims like hundreds of other people … we just followed the Federation’s orders … and we feel a bit hurt by what happened.” But at the end of the day “it has made us feel stronger. The team responded”. 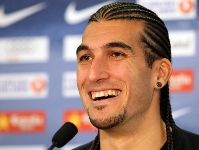 Pinto was asked what he plans to do when his contract runs out at the end of the season. “I am lucky enough to be enjoying myself here” he said. He is not worrying too much about the issue and prefers just to concentrate on performing as well as possible.