FC Barcelona's attack is as potent as ever with the team scoring 59 goals in official games this season and a trio of players have grabbed the majority with Lionel Messi netting 23, David Villa 10 and Pedro nine.

Efficiency in front of goal is one key trait of all the Blaurgana's forwards, but they also know how to provide as the number assists from the front three is also impressive.

Messi is setting the pace with 23 goals in his 19 matches this term, but he is also out in front at the top of the club's assist charts. The Argentinian has set up seven goals for team-mates with three provided for Villa, one against Getafe and two against Madrid, one for Pedro, against Getafe, two for Bojan Krkic, against Almería, and one for Dani Alves against Panathinaikos. 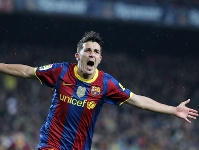 Villa has wasted little time in settling at Camp Nou since his summer move from Valencia and he has begun to find his range in front of goal. The striker is now the team's second highest scorer with ten goals and he has also provided five assists by setting up Messi against Real Zaragoza, Getafe and Almería, Seydou Keita against Athletic Club and Pedro against Madrid. 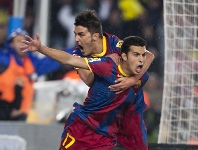 Pedro has shown that his great form last term was no flash in the pan as he has returned this season and continued to improve and shine in the first team. Already he has netted three league goals, three Champions League goals, two Copa del Rey goals and one in the Spanish Super Cup. Six of those goals have been scored in the last six consecutive games. 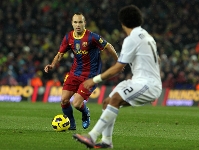 After a difficult season last time out because of injuries, Andrés Iniesta is enjoying his football once again and has scored three goals himself this term. He has also set up four goals for his team mates with Messi benefitting twice, against Sevilla and Racing, and Villa, against Villarreal, and Pedro, against Panathinaikos. 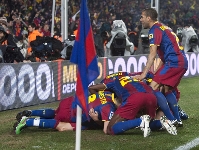 Xavi Hernández scored his second goal in the league this term when netting against Real Madrid, but he has already provided four assists having set up Lionel Messi, Pedro, Andrés Iniesta and Carles Puyol.