The game of the century… on Monday

The game of the century… on Monday

The main difference between those games and the one coming up on November 29 is that this will be a working Monday. Both in 1964 and 1972 the game was played on Easter Monday, a holiday in Catalonia.

Win and a loss 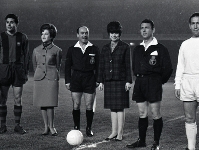 The respective sides are level in terms of wins in Monday meetings. In 1964, goals from Gento and Puskas won the full set of points for Madrid, with Zaldúa getting a consolation goal for FCB in a 2-1 defeat. Eight years later, an Asensi strike early on was at it took for Barça to win by a solitary goal. 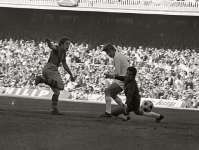 Both seasons that the game was played on a Monday, the league trophy eventually went off to Madrid. In 1963/64, Madrid finished with 4 points more than second placed Barça (46 to 42). Likewise, in 1971/72 Madrid collected 47 points, four more than Barça, who had to make do with third behind Valencia.

Of the 80 clásicos at the Camp Nou, 51 have been played on a Sunday and 25 on a Saturday. Other than the 2 Monday games, there was also one on a Tuesday and another on a Wednesday. Why? In 1968, the game was postponed due to the unexpected death of Barça defender Julio César Benítez the Sunday before. The rearranged game ended 1-1.

The Wednesday game between Barça and Madrid in 1999/00 was simply because it was a standard midweek tie. That one also ended level, 2-2. 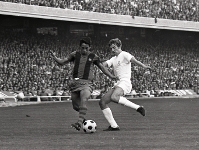