There’s just no stopping Leo Messi. In Copenhagen, the Argentinian scored yet again and now has 100 in the Josep Guardiola era. Messi has also overtaken Rivaldo as the club’s highest scorer in international competitions.

To have reached a century under Guardiola means the FC Barcelona star has done that in little more than two seasons, and in just 117 games (Guardiola has managed a total of 137). 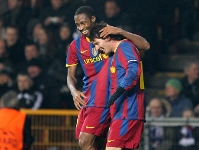 The two goals at the Camp Nou against Copenhagen (2-0) meant Leo Messi equalled Rivaldo 31 goals in international competitions, but by scoring in Denmark he is now the outright leader, having reached the grand total of 32, with plenty more to come, we assume!

By scoring at the Parken Stadium, Messi is close to making it 150 official goals for his club. He has 142 to date: 95 in La Liga, 10 in the Copa del Rey, 30 in the Champions League, 5 in the Spanish Supercup and 2 in the Clubs World Cup. 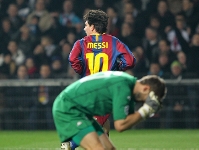