Carles Puyol believes that a strong performance by FC Barcelona against Valencia at the weekend could change the dynamics of Pep Guardiola's team in home matches and bolster their confidence.

After two weeks with no league action, the Blaurgana return to la Primera on Saturday with an enticing meeting with table-topping Valencia in Camp Nou and Puyol is relishing the challenge. Barça have already dropped five points at home this term and the Barça skipper hopes a win against los Che will change that run. "In the treble season we did not start very well either," he explained. "I have confidence in the team. We have no doubts and we are ready. I hope that we can rediscover our confidence and change the dynamics. It is always good to record a win." 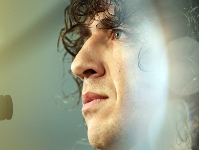 Reflecting on Barça's home form so far this term Puyol continued: "It is not normal that we have let five points go against teams that are theoretically lower than us. Teams have been highly motivated against us and have shown that anyone can beat anyone. Things are very even." Looking for reasons for the run, Puyol added: "It is not a physical thing. The World Cup made the season longer, but the team is doing well and we are in good form."

Valencia head to Camp Nou as league leaders and have only dropped two points this season. "They are a solid team and it will be difficult," Puyol said. "They saw important players leave, but they other good ones joined and we will have to be attentive. If they continue playing like they have been then they could stay up there. They are one of the best teams at the moment."

David Villa and Xavi could return for Barça on Saturday and Puyol is pleased: "They are important players for us and I am pleased that they have recovered. I hope that they can play," he added. "Villa is one of the best strikers in the world and will score a lot of goals. I do not understand anyone that doubts Xavi. His statistics show everything. He always wants to play. If he is not playing it is because he is injured." 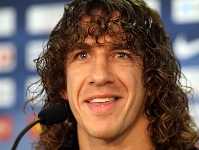 Inter president Massimo Moratti said recently that he would like to sign Lionel Messi and Carles Puyol is not surprised. "I do not find it strange that they dream about signing him," the Barça captain said. "But I think it would be difficult. I hope that Leo never leaves Barça." Samuel Eto'o visited the Blaugrana training complex this week and Puyol was pleased to see him. "I have maintained a good relationship with him," he explained. "it was great to see him. I am delighted that things have gone so well for him."