Abidal: “we are a bit out of luck”

Abidal: “we are a bit out of luck”

Éric Abidal admitted that the squad is “angry” with the draw against Mallorca and the Frenchman reckoned “we had plenty of chances to kill the game off. We are a bit out of luck”, compared to other seasons.

Most of the squad agreed after Sunday’s game that the team had paid the price for failing to kill the game off when they had their opportunities and today Eric Abidal insisted: “football is about the small details and we should have finished the game off in the first half”. 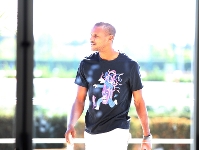 According to Abidal:“we played well, but were just a bit out of luck – when you make so many chances and end up not winning, you have to say it was our own fault. I don’t think we are lacking quality or the tactics are wrong, it’s just that we aren’t enjoying the kind of luck we have in the past”.

“We are angry, but we now we have to keep on working hard. We dropped two important points, especially so since our next game is against Valencia at home and that won’t be an easy game”, added the French international defender. 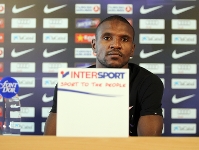 Abidal believes Mallorca changed their tactics and that: “in the second half, Laudrup reacted to the situation and dropped back somewhat, to try and hit us on the break. It was harder to reach their goal in the second half, whilst we found it quite easy in the first”. 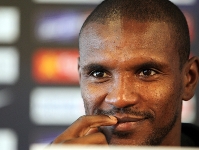 Abidal proved to be an important attacking element against Mallorca. As he powered down the left flank and put in plenty of crosses, and he explained: “the defence has to help out the attack. If I get forward it’s because that’s what the game demands. Sometimes I do it okay and sometimes not, but yesterday I really enjoyed myself - it was just a pity we only drew the game”.