Leo Messi was back in training on Monday as he fights to be fit for Wednesday’s Champions League game against Rubin Kazan.

The squad had their final training session in Barcelona ahead of Wednesday’s game and good news for Pep Guardiola was that the Argentinean star was back in training with the rest of the players.

Working hard to get fit 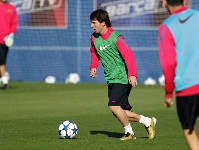 Messi has worked hard on getting back to full fitness following his injury at the Calderon on September 19th and after working apart from the rest of the players over the last few days, the World Number One was back with his teammates at the Ciutat Esportiva this morning.

Abidal returns, but Adriano misses out

Abidal was also back with the squad after arriving back in Barcelona on Friday and working over the weekend to regain his fitness. The only absentee from the session was Adriano, who picked up an injury in the first half against Bilbao and is definitely out of Wednesday’s game. 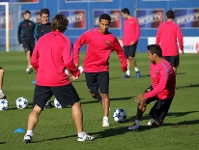 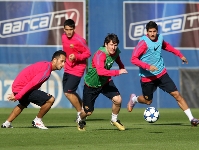