Barça have never lost under Guardiola when playing immediately after an international break, but have drawn six out of nine games, which shows just what a high risk situation they are in.

The game against Hercules on Saturday presents the added difficulty of returning to domestic football after so many internationals have been away. In the last two seasons they have drawn more games than they have won under such circumstances. 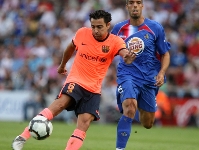 Last season there were four international breaks. Barça played away fixtures after all of them, winning just once (Getafe 0 - Barça 2) and drawing the three others (Valencia 0 - Barça 0, Athletic Club 1 - Barça 1 and Almeria 2 - Barça 2).

Barcelona have gone ten years without losing after the first break for international duty of the season, as will be the game against Hercules. With seven wins and three draws, they have scored 21 goals and conceded just three. 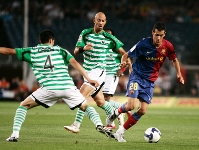 But these games have tended to be against relatively weak opposition. Two seasons ago, Barça were held at home by Racing Santander. In 2007/08, Rijkaard’s side could go no better than 0-0 against Osasuna in Pamplona, and in 2001/02, Barça slipped at home to Rayo Vallecano in a 1-1 draw. 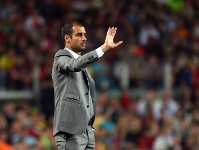 In the 2000/01 season, the first international week came before the fifth game. Barça faced Real Societat at Anoeta, where Llorenç Serra Ferrer’s side picked up a famous 6-0 win with some extraordinary football against the home squad coached by Javier Clemente. Rivaldo (2), Alfonso (2), Luis Enrique and Simăo scored the FCB goals.