On Wednesday and Thursday, Josep Guardiola is attending the UEFA Elite Club Coaches Forum in Nyon, where he will be debating current issues with the likes of Mourinho, Ferguson and Ancelotti. 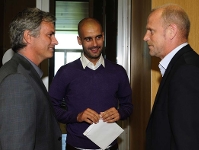 The UEFA has held this annual event in Nyon since 1999, where they welcome the managers of some of the biggest clubs in Europe to share their ideas about the present and future of continental football. Barça manager Josep Guardiola is there to make the most out of this useful occasion, and has left ‘Tito’ Vilanova in charge of the players at the Ciutat Esportiva. 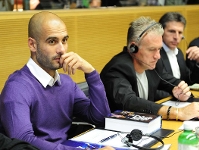 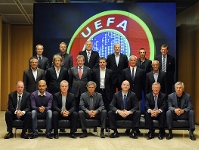 The meeting ends on Thursday will a press conference to discuss some of the conclusions from the last two days of debates. This is scheduled for 12.30.