Hleb on loan to Birmingham

Hleb on loan to Birmingham

FC Barcelona and Birmingham City have agreed a deal that will take Alexander Hleb to the Premier League club on a season’s loan.

The 29-year–old Hleb was at Stuttgart on loan last season, where he played 27 league games and 8 Champions League matches. That was his second spell at the German club, where he played between 200 and 2005. 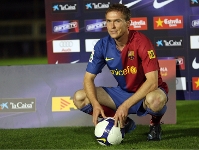 Hleb played just one season for Barca -2008/09, when the team won their historic treble and he featured in 19 League games, 7 Champions and 8 Spanish Cup matches.

The move to Birmingham marks a return to the Premier League where he was a key part of the Arsenal team between 2005 and 2008. 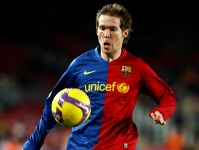