The 14 players on international duty include eight with Spain, who will face Milito, Messi and Mascherano with Argentina in Buenos Aires, Brazilian Dani Alves and Bojan and Jeffren who are on duty with the under 21s. 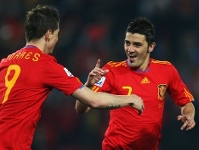 After conquering the World Cup, Spain begin their challenge to retain their European title when they take on Lichenstein on Friday in the first game of qualifying, before flying off to play Argentina next Tuesday. Puyol, Piqué,Sergio, Xavi, Iniesta, Pedro, Villa and Víctor Valdés have all been called up by Del Bosque, whilst new signing Mascherano joins Messi and Milito in the Argentine squad.

Under 21s also on duty 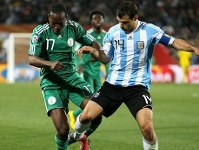 First team squad members Bojan Krkic and Jeffren Suárez are joined by B team players Rubén Mińo and Thiago Alcántara in the Spanish under 21 squad who face Holland in a qualification game for the youngsters’ European Championships.

Alves up against Barça B

Dani Alves is joining up with the rest of the Brazil squad, but he won’t have to travel far as the Brazilians are set to play a friendly against the Barca B team. 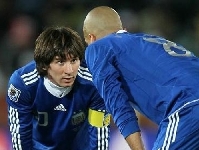