Martin Cáceres will spend the 2010-11 campaign on loan at Sevilla having returned to FC Barcelona at the end of last term following a year with Juventus in Serie A.

Barça and Sevilla have reached a deal for the loan of the Uruguay international defender and a purchase option has been included.

At Juventus, Cáceres did not have much luck with injuries and he played just 15 times in the league for la Vecchia Signora and five games in Europe. His best form in recent months came when he appeared for Uruguay in the World Cup Finals as they reached the semi-finals. 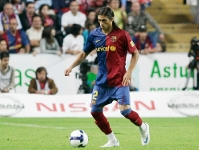 Cáceres, 23, signed for Barça from Villarreal in the summer of 2008 after shining during a loan spell with Recreativo de Huelva. He played for the Blaugrana during the treble-winning campaign two years ago, especially in the Copa del Rey, and showed his ability to play in various positions. 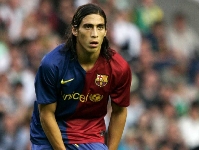