Villa has come back before

Villa has come back before

David Villa has experience of helping his club side come from behind in the Spanish Super Cup and he will be hoping to repeat the trick this weekend when Sevilla visit FC Barcelona.

The striker was part of the Real Zaragoza side that lost to Valencia in the opening game of the tie in 2004 and played his as Los Mańos won away from home to cause a surprise. 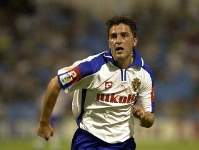 Those games six years ago saw Vicente net the only goal of the first match in La Romareda for Valencia, but Los Che were stunned when Zaragoza scored through Álvaro, Luciano Galletti and Javi Moreno to turn the result on its head with a 1-3 triumph. Zaragoza had won the Copa del Rey the previous season after beating Real Madrid in the Lluís Companys de Barcelona stadium on Montjuďc. 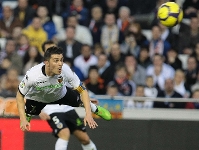 Scoring goals against Sevilla is also something that Villa is familiar with as he has netted ten goals against them in 13 matches during his career. During his time at Zaragoza the Asturian netted seven times and then added another three during five seasons with Valencia. 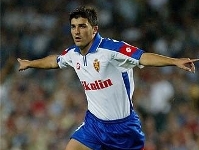 David Villa was a key member of the Zaragoza team that played out a stunning encounter with Sevilla during the 2003-04 campaign that ended 4-4.