The last time Barca played at the Sanchez Pijuan turned out to be a memorable night as they virtually sealed their second league title with a 2-3 win in the penultimate game of last season. 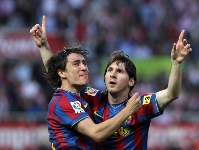 With Real Madrid hard on the heels of Guardiola’s team, much of the press in the Spanish capital had Barca’s visit to Seville marked down as the chance for a slip up that might let their team get past the current champions and with Seville themselves fighting hard for the final Champions League place, it looked like the game might be a tough test indeed. Guardiola’s young team rose to the occasion though and showed maturity and class to overcome their hosts. 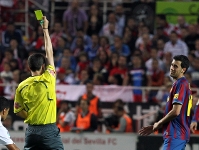 From the off, the team showed that they were determined not to let up and Messi put them ahead on 5 minutes, with Bojan making it two on 28 and Pedro seemingly putting the game beyond Seville’s reach with a third in the second half with the hosts down to 10 men.

Suffering at the end 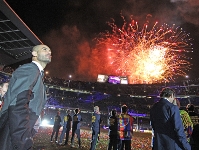 Despite Barca’s wonderful performance, they found themselves hanging on for the last 20 minutes of the game after Kanouté and Luis Fabiano hit back with two quick strikes. But hang on they did, and the win meant that even though Madrid had won against Bilbao, the league was Barca’s for the taking as they went into the final league game, when they hammered Valladolid 4-0 at the Nou Camp to take the title. 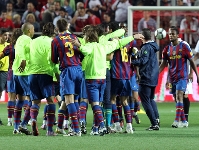 Pep Guardiola has never lost as a manager at the Sánchez Pizjuán. In the 2008/09 season, Barca won 0-3 in the league and last season saw Barca win 0-1 in the Cup, though that wasn’t enough to get them through the tie after the Andalucía team won 1-2 in the Nou Camp.