Versatility is set to be a key feature in the Barca squad for the coming season as Guardiola looks to call on players who are able to switch positions and roles according to the needs of his team at any given time.

In defence, Alves, Adriano, Maxwell and Puyol can all play at right back, whilst Puyol, Márquez, Milito and Piqué can play in either of the two centre back roles, as can Eric Abidal, who, alongside Maxwell and Adriano can also fill the left back slot.

Wealth of options in midfield 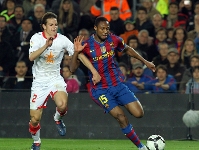 In midfield, Guardiola has a wealth of options with Sergio Busquets and Seydou Keita options as defensive midfielder alongside Marquez, who played there for Mexico in the World Cup. Xavi, Iniesta, Keita and Adriano can also switch places in the more creative roles, whilst Messi has also proved he can drop into midfield, where Dos Santos and Thiago have also shown they can perform.

Plenty of fire power up front 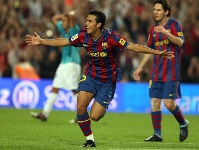 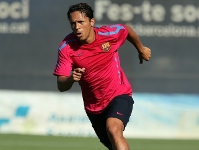 The management’s commitment to the youngsters coming through the system is a given at the club and players such as Marc Bartra, Andreu Fontŕs, Marc Muniesa, Martín Montoya, Oriol Romeu, Sergi Gómez, Sergio Roberto, Víctor Vázquez or Jonathan Soriano will undoubtedly be pushing to break into the first team squad throughout what promises to be a long season, during which they could prove to be a vital back up.