Thierry Henry scored on his debut for the New York Red Bulls against Tottenham Hotspur, but the English side went on to win the pre-season friendly encounter 1-2.

The French international left Barça in the summer and chose to make the move across the Pond to the Major League Soccer and he made a good impression in front of his new fans in his first match in the Red Bull Arena on Thursday. 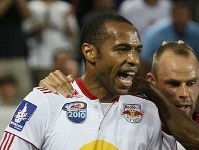 Playing just the first 45 minutes for the MLS outfit Henry showed his quality and took his goal well as he met a cross from the left to prod the ball beyond Carlo Cudicini in the Tottenham goal. There was to be no victory for the hosts though as Robbie Keane levelled matters after the break and Gareth Bale scored the winner. 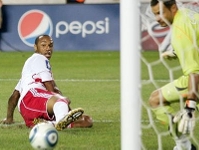