The 2010/11 pre-season gets underway on Monday with a schedule of training sessions set for morning and evening all week. The players will also have supper together everyday at the Ciutat Esportiva Joan Gamper.

Josep Guardiola and his staff have put together an intensive start to the pre-season training schedule. After medical tests on Monday, the players will settle into a routine of two training sessions a day – morning and evening, to be rounded off by supper together at the club installations. 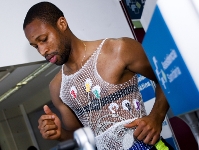 The 28 players called up to start pre-season training will report to the changing rooms at the Ciutat Esportiva at 08.45 on Monday and a quarter of an hour later they will begin the medical tests that will last all day, with the squad returning at 19.00 before sitting down for supper together at about 21.00. 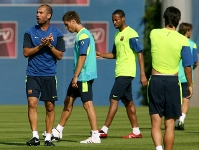 From Tuesday until July 26th, the squad will begin their morning session at 08.15, starting training at 09.00, before returning in the evening at 18.00 to start training an hour later and then having supper together with the back room staff at 21.00. 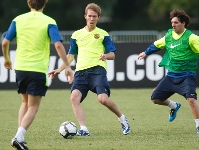 The players will at least be able to take a break at the weekend: on Saturday 24th there will be just a single morning session and Sunday will be a rest day. The schedule is designed to allow the players to be in good condition for the first pre-season friendly against Valerenga in Oslo on July 29th. 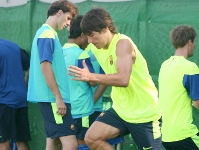 Josep Guardiola will face the media for his first press conference of the new season on Monday at 11.00 in the club’s press room. The conference will be covered live by Barca TV.