After the World Cup win for Spain in South Africa, Xavi Hernández, Carles Puyol, Andrés Iniesta and Thierry Henry can all boast an enviable list of honours at both international and club level. 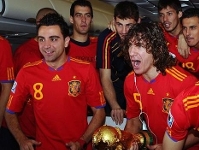 The four Barca players have now won all the top titles open to a professional footballer. At the club level, apart from their numerous domestic titles, they have all won the Champions League and World Club Cup titles, indeed the Spanish trio each have two Champions League medals to their names. 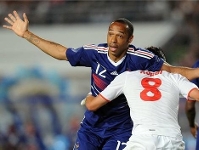 On the international front, all four have won European Championship and World Cup winners medals: Puyol, Iniesta and Xavi adding to their 2008 European success with Sunday’s win over Holland to match Henry who won the World Cup with France in 1998 and the European tournament two years later.

Piqué, Busquets, Pedro and Valdés will be looking to add the European title to their honours in two years time, whilst all the Barca players, with the exception of Henry who has already won the tournament, will want to take the Confederations Cup in 2013 to complete an unbeatable list of winners medals. 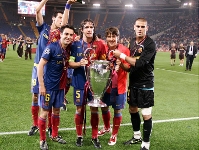 Dani Alves is only missing a World Cup winners medal to complete his own fantastic list of honours. The Brazilian has been part of the Barca team that won seven titles and also boasts a UEFA Cup winners medal with Seville, in addition to the Copa America and Confederations Cup he has won with Brazil.