Nine players from CF Barcelona’s famed youth academy have helped Spain to win the World Cup on Sunday night as they defeated Holland to lift the trophy for the first time. 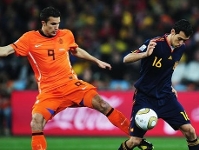 From the fourth tier: Pedro, 23, and Busquets, 22, were both playing in La Tercera (the Spanish fourth división) just two years ago and have risen with incredible speed to become world champions. 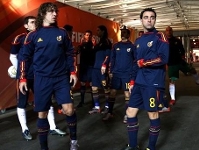 Full house of medals: Three Barça players have now won every trophy available to them with Xavi; Iniesta and Puyol having added to the European Championships and the six triumphs with Barça last year. 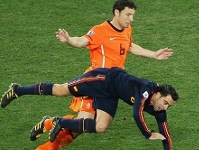 Double glory: Xavi, Iniesta and Puyol are the only three Barça players to have won the European Championships in 2008 and the World Cup in 2010. 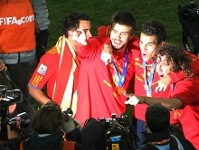 Champions before or after

Below is a list of players that won the World Cup either before or after playing for FC Barcelona: